The Parks and Recreation Commision are working towards building a town playground for young families.  The only playgrounds in town are at the elementary schools, which are in use from before school until 6 p.m. during the school year. Young families in town have limited access to play grounds throughout the normal school day.  We have attempted to locate an ideal location in the center of town that would also allow for adequate parking.  As a result, the commission has identified the Old Town hall site at the corner of Bacon Street and Pleasant Street as a potential site.  The construction of the playground will require the demolition of the Old Town hall, which the town has been unable to identify a suitor with financial backing to reuse the building for dozens of years. The old building has been vandalized twice and is quickly deteriating. We understand that some cherish the Old Town hall and have attempted to design a playground to honor the history.  Our plan would include three play structures, one for ages 2-5, a second for ages 5-12 and two sets of swings for each age groups. The area around the play structures would be poured rubber material requiring little maintenance. The design would also include adding municipal parking across from the Forbush Library, creating dozens of parking spaces.  The rest of the design is anticipated to be an open concept with grass and park benches. 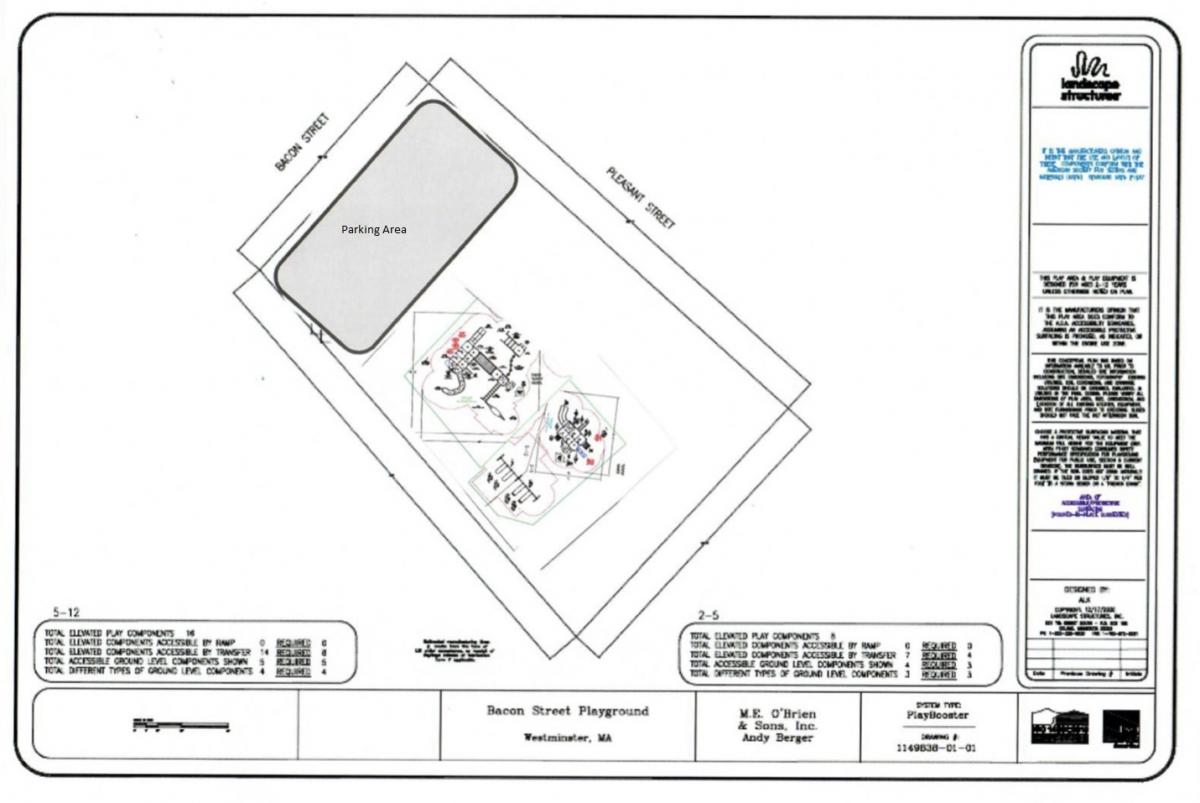 The play structure for the 5-12 years old children would replicate the Old Town Hall.

The play structure for the 2-5 years old children would honor the Westminster Cracker Building.